Skip to content
Return home Blog Who is at Fault in Most Motorcycle Accidents? 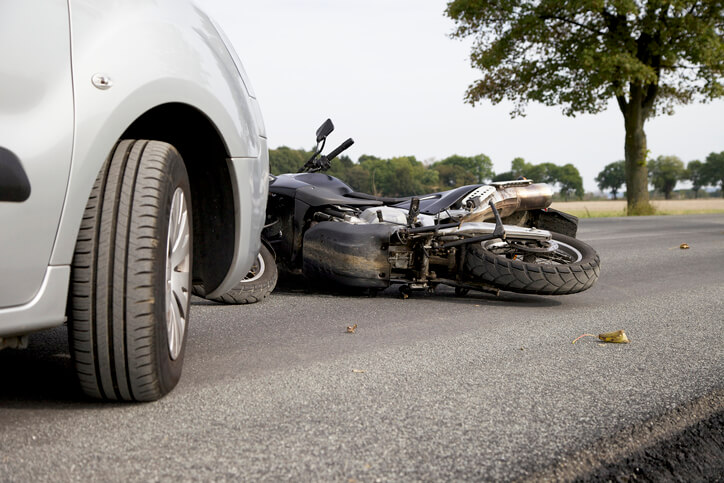 Motorcycles may be smaller than other vehicles on the road, but they are afforded the same rights as everyone else. They are also under the same responsibilities. While motorcycles are on the same legal footing as other vehicles, it is an unfortunate reality that motorcycle riders often bear the brunt of the impact in the event of an accident. Without the basic structure and protections afforded by other vehicles such as cars and trucks, motorcycle riders run added risks of sustaining serious, and even fatal, injuries if a crash occurs. As in other types of accidents, an accident injury victim can seek compensation from the party found to be at fault for the accident. Who, however, is usually at fault in motorcycle accidents?

Who is at Fault in Most Motorcycle Accidents?

Motorcyclists and drivers alike can be held responsible for causing a motorcycle accident. Often, an accident is caused by someone violating traffic laws. Reckless driving by a motorcyclist and vehicle driver alike cause far too many accidents every year. Motorcyclists may take more liberties in the freedom afforded by a motorcycle and change lanes too rapidly and without checking for oncoming vehicles. Motor vehicle drivers can also change lanes without checking blind spots sufficiently to see smaller vehicles on the road, such as motorcycles, and a crash can be the result.

Other common causes of motorcycle accidents include:

In these cases, the driver found to be in violation of the rules of the road will likely be held liable for the resulting accident. As previously stated, everyone on the road, car drivers, truck drivers, and motorcyclists, all have the same legal rights and responsibilities to each other. Any violation resulting in an accident risks the driver being held responsible for resulting damages.

Just as is the case with any accident, there may be a lot of gray area in questioning who is at fault for causing a motorcycle accident. Evidence of fault can come in the form of the official accident report generated by law enforcement’s arrival at the accident scene. It can also come in the form of eye-witness testimony and accident reconstruction reports. Photos taken at the scene can be indicative regarding the question of who is at fault for causing an accident as can video footage captured by things such as red-light cameras and nearby security cameras.

Have you been injured due to the negligent action or inaction of someone else? The team at Compass Law Group is here to fight for you. Do not delay in reaching out to us for assistance. Contact us today.